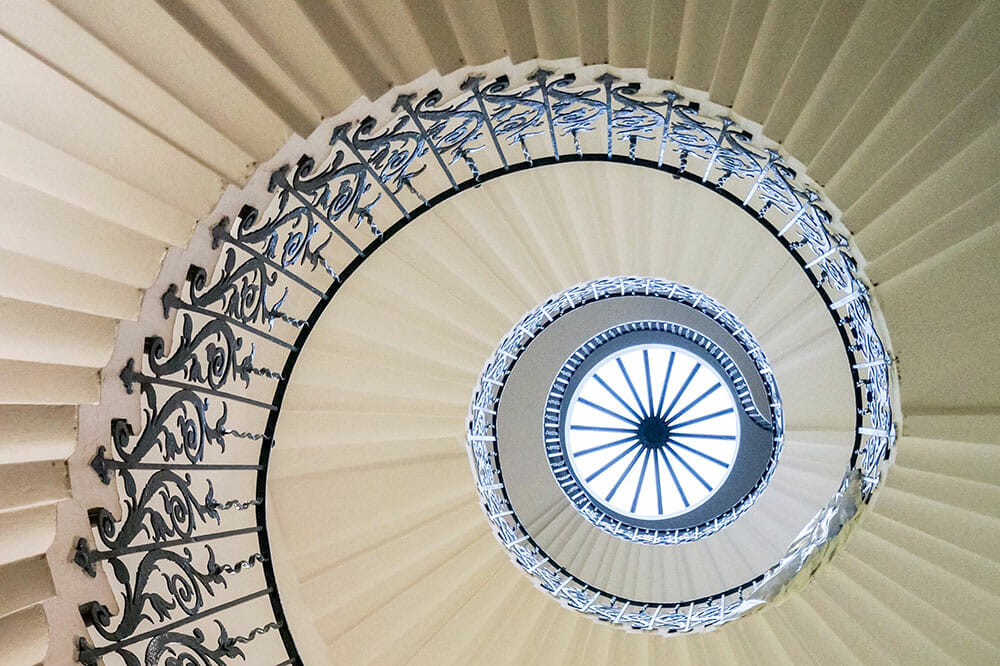 11 Things to Do on a Day Out in Greenwich, London

Everyone agrees that London has a lot to offer, from cherry blossom streets to parks and stately homes, but few people venture outside of the core of Central London. And when they do, they go on day trips into the countryside or into other cities such as Bath, Oxford, Windsor.

And I must clarify that there is absolutely nothing wrong with that. England has a lot of cities, towns and countryside that are worth exploring. But going back to London, there are a lot of areas outside of what is known as Zone 1 within the underground map, that are perfect candidates for a day out and are often overlooked by the London visitor.

Greenwich, in South East London, is one of those areas. It is full of maritime and scientific history, lovely markets and quirky museums. And let’s not forget a fantastic park with some of the best views over London.

So here are my recommendations for a day out in Greenwich.

The visitor centre within the Old Royal Naval College is the best place to start exploring Greenwich and its 500 years of history. There is a permanent exhibition with several historical artifacts and there are plenty of interactive exhibits too.

You can join free tours of the site, which are run multiple times a day.

If you like architecture, the buildings of the Old Naval College will be heaven for you. The buildings are the centerpiece of the Maritime Greenwich World Heritage Site and were designed by Sir Christopher Wren, the famous St Paul’s Cathedral architect, in the 18th century.

And if you like impressive views, the grounds of the College offer some of the best in London, with Canary Wharf’s glass and steel towers on the other side of the river and Greenwich Park with its Royal Observatory on the hilltop.

This little chapel has one of the finest 18th century interiors in the UK. A neo-classical masterpiece, it has a beautiful organ built in 1798 and an altarpiece painted by Benjamin West. The ceiling gives the chapel superb acoustics, and it shows incredible plaster work that was carved rather than cast in moulds. The light blue and cream colour scheme has been inspired by Wedgewood ceramics.

Interior of the Chapel of St Peter and St Paul

One of the highlights for me is the beautiful spiral staircase. Don’t forget to look up before going down into the Undercroft, now used for events, and a Victorian Skittle Alley, which unfortunately is not always open. Check opening times with the visitor centre ahead of your visit if you’d like to see it.

Spiral staircase of the Chapel of St Peter and St Paul

There is also an underground tunnel that goes from the Chapel to the Painted Hall.

Underground tunnel that links the Chapel with the Painted Hall

The chapel is still a place of worship, so entry is free.

Book a Guided Tour of Greenwich

The Painted Hall is a spectacular masterpiece and one of the most important baroque interiors in Europe. Known as UK’s Sistine Chapel, this masterpiece was built as a grand ceremonial dining room within the Old Royal Naval College and it was painted by James Thornhill.

Entrance to the Painted Hall before the renovation scaffolding went up

The magnificent ceiling features Queen Mary II and King William III  at the centre of it and it is full of symbolism that shows off the economic and naval power of Britain in the 18th century.

Tickets for the Painted Hall are £12, and you can book them here.

This museum is for those who have a special interest in history of life at sea. It’s full of art and objects that tell stories about adventures, battles, bravery and discoveries that make this the largest maritime museum in the world.

The museum holds regular daytime and evening events as well as film screenings. Check the website for a calendar of what’s on.

Entry to the National Maritime Museum is free, but temporary exhibitions tickets cost up to £12.

Ship in a bottle outside the National Maritime Museum

Book a Tour of the National Maritime Museum

Built in the 17th century, the Queen’s House is Inigo Jones’ architectural masterpiece. Recently reopened after major restoration in time to celebrate its 400th anniversary, this understated white building keeps one of the most stunning not-so-secret secrets in London.

The famous Tulip Staircase is not only visually stunning, but it was the very first geometric self-supported spiral staircase to be built in Britain. Look up as soon as you walk in and you will be struck by the beauty of this perfect spiral and its ornate wrought iron railings. It is said to be haunted by a ‘ghost’ that was caught on camera in 1966… *shudders*

Another fantastic room in the Queen’s House is The Great Hall, the heart of the building. The Great Hall is a perfectly proportioned cube with a striking marble floor with a geometrically-patterned black and white design.

The marble floor in The Great Hall

Entry to the Queen’s House is free.

One of London’s eight Royal Parks, Greenwich Park is famous for hosting the Prime Meridian Line and the Royal Observatory, and is part of the Greenwich Maritime World Heritage Site. Dating back to the 15th century, it is the most historic of all the Royal Parks.

From the top of the hill, you can enjoy one of the best views of London, that sweep across the river Thames to Canary Wharf, all the way to the O2 to the east and St Paul’s Cathedral to the west.

One of the best views in London

For another off the beaten path attraction in London
Eltham Palace, an Art Deco gem in London

The Royal Observatory is where you can find the historic Prime Meridian of the World where east meets west at Longitude 0°, and where you can learn all about GMT (Greenwich Mean Time) and what it is. It is also the home to the only planetarium in London.

Join a guided tour or attend one of the planetarium shows about the sky, solar storms or anything astronomy related. You can also visit the annual Astronomy Photographer of the Year exhibition, which is free.

Tickets for the Royal Observatory cost £9.50.

It is the world’s only surviving tea clipper that almost didn’t survive to this day. This iconic 19th century ship was destroyed by a raging fire in 2014, but restoration work started straight away and it is now an award-winning visitor attraction.

The Cutty Sark was designed to carry tea from China to England as fast as possible. And it did, as it was the fastest ship of her time. Now raised 3 metres above ground, you can walk underneath the hull and even touch the original planks and iron work. You can also visit the sailors’ quarters and get up close to her famous figurehead.

Under the hull of the Cutty Sark

The Greenwich Foot Tunnel is a marvel of Victorian engineering that crosses underneath the River Thames. It links Greenwich with the Isle of Dogs, the site of the docks and the shipbuilding industry in London. It was built at the turn of the 20th century to allow workers living south of the Thames to reach their workplaces instead of having to use the expensive and unreliable ferry.

The Foot Tunnel is still open and easily accessible, and has a lift that takes you down to the entrance. It is 504 metres long and, as it’s classified as a public highway, it is open 24 hours a day. Try and see if you can walk its length to the other side of the river!

Located in the heart of Greenwich Village, Greenwich Market is packed full of unique arts and crafts, antiques, vintage items, collectables and street food. It has a vibrant atmosphere and sometimes you will hear classical music being played by students from the nearby Trinity College of Music.

It is open every day except for Mondays.

A quirky little museum located inside two Grade II listed townhouses in historic Greenwich, this is a bit of a wild card and a pleasant surprise. The Fan Museum houses a diverse collection of fans from all over the world that date from 12th to the present day.

Fan collection at the Fan Museum

Make sure you visit the Orangery for afternoon tea, while you enjoy the painted murals and the view of the Japanese-style ‘secret’ garden.

The lovely Orangery within the Fan Museum

So here are my recommendations for things to do in Greenwich in a day (or two).

In addition to getting the tube or the bus, you can do some sightseeing on your way to Greenwich.

Check out this list of off the beaten bucket list items in London by Travel Hacker Girl.

Disclosure: This post may contain affiliate links, that earn me a small commission but come at no extra cost to you. Thanks as always for your support!

Day Trip to Brighton from London: Taking a Microgap to Switch Off

Hi! I’m Teresa, an award-winning travel blogger based in London. I'm on a mission to explore the world through responsible cultural and adventure travel, and through deeper, more meaningful local experiences. I’m a lover of adventure, the outdoors and everything food related, and I’m always looking for ways to make a positive impact through sustainable travel. I’d love to inspire you to do the same, so come along for the ride!

Any cookies that may not be particularly necessary for the website to function and is used specifically to collect user personal data via analytics, ads, other embedded contents are termed as non-necessary cookies. It is mandatory to procure user consent prior to running these cookies on your website.