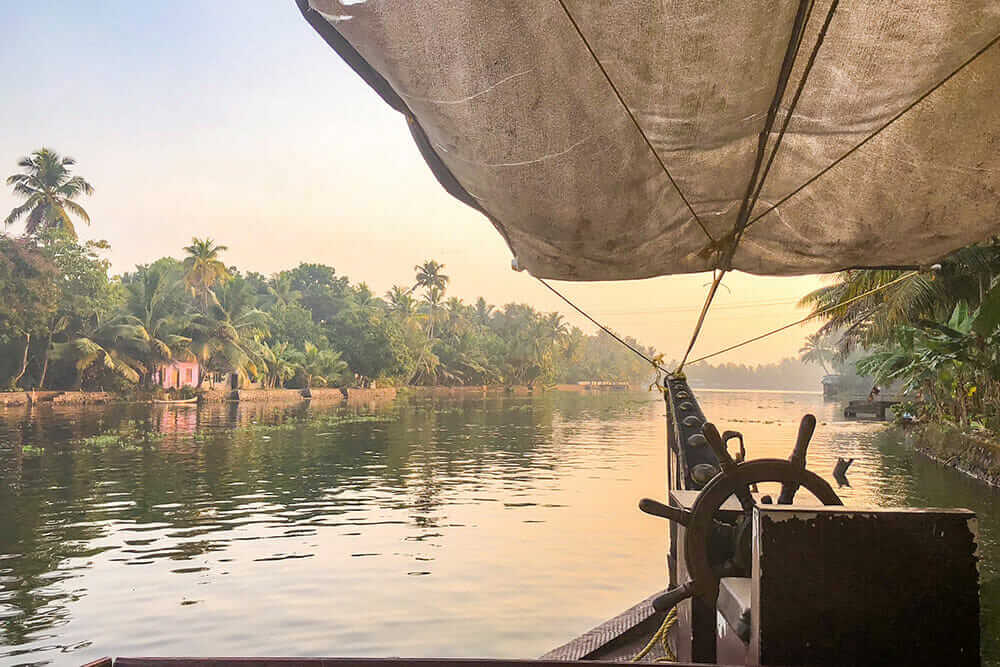 What makes Kerala Human by Nature

A few years ago I spent two weeks travelling through Kerala in India and it was one of those trips that I consider a watershed in my life as a world traveller, where there is a before and an after.

The experiences of my Kerala trip not only influenced the way I travel today but they also changed the way I see the world. I experienced a dimension of travel that I’d touched on at a superficial level, the human side.

Kerala is known as God’s Own Country for a reason. It truly is a slice of paradise, with abundant wildlife, breathtaking epic landscapes and a welcoming sense that makes you feel like you’re truly at home.

I have often pondered about the warmth of Keralites. What makes them so welcoming and kind? There is always a smile waiting to greet you, or even walk past you in the street. Keralites will come and talk to you given any opportunity. They want you to feel at home and they will make sure you feel looked after.

Not many parts of the world can boast this kind of humanity in their people. So what is it that makes Kerala human by nature?

The Kerala humans behind the backwaters

The backwaters of Kerala are a network of lakes, rivers and lagoons that run parallel to the coast. These waterways have created a unique ecosystem and lifestyle, linking remote villages with the rest of the world.

The waterways were once the highways of this beautiful region, used to move from A to B and to transport goods in and out of the state from the main ports. It is now one of the major draws for travellers to Kerala, and spending at least a day or two cruising the backwaters on a houseboat is the best way to appreciate a world that is unique to the area.

Men travelling on long rowing boats between villages, women washing their laundry on the edge of the lagoon, and children swimming and playing in the water. This is the human side of living in the Kerala backwaters, where there is always time for a friendly smile and an invitation to a cup of tea.

The Kerala humans behind the tea plantations

Another way of life that is unique to Kerala is one dictated by the mountains and a cooler climate and found in the Western Ghats. These magnificent mountains cover a vast area across a number of Indian States. But there is one particular area that is completely different from the rest of Kerala.

The tea plantations found in Munnar, a town and former British hill station located at 1,600 metres, are a sight to behold. This is South India’s largest tea growing region. The rolling hills are covered by what looks like a lush green blanket, a thing of beauty.

If you look closer, this green blanket will tell you the story of the people who through hard work have created this man made wonderful landscape. And you will also find that beauty is not just present in these surroundings, but also in the people who work in the plantations. A look and a smile tells you that you are welcome to approach them, that they will happily show you how they sculpt the land and they may even let you have a go.

It is moments like this that will always stay with you no matter where you go.

The Kerala humans behind the diverse cities

From Trivandrum to Kochi and Thrissur, the cities of Kerala chronicle the long history of this diverse region. From the times way before the arrival of Vasco da Gama, the first European to reach India by sea who landed in the Malabar Coast back in the 15th century, Kerala has been a land of riches.

It was this Portuguese explorer who linked Europe and India by opening up the spice trading routes, and in turn allowing those riches to reach Europe as well as external influences to enter Keralan culture.

The evidence of this historical era is still apparent today. The cultural diversity of Kerala is reflected in many aspects of life such as religion, with 50% of the population being Hindus, 27% Muslims and 19% Christians, as well as the way they practice medicine, with traditional Ayurveda as well as modern medicine. You only have to spend a bit of time in Fort Kochi to appreciate the melting pot of cultures that have co-existed for hundreds of years, or you can experience an Ayurvedic treatment to understand the benefits of both medicine systems.

But one big thing that all these different cultures and faiths have in common is their warmth and kindness. The smiles are a constant across Kerala, whether in the villages or in the cities, and you always feel welcome and looked after.

No matter where you go in Kerala, the nature of the landscapes, or how people live their lives, one thing is for sure. Kerala is Human by Nature, and it is this that makes God’s Own Country a special place whose warmth and beauty should be experienced by all.

Visiting Kerala? Check out my other articles about Kerala, India

Disclosure: This post has been created as part of the Human by Nature campaign in partnership with Kerala Tourism. As always, all views are my own.

The Best Things To Do In Fort Kochi (Cochin), India – A Travel Guide