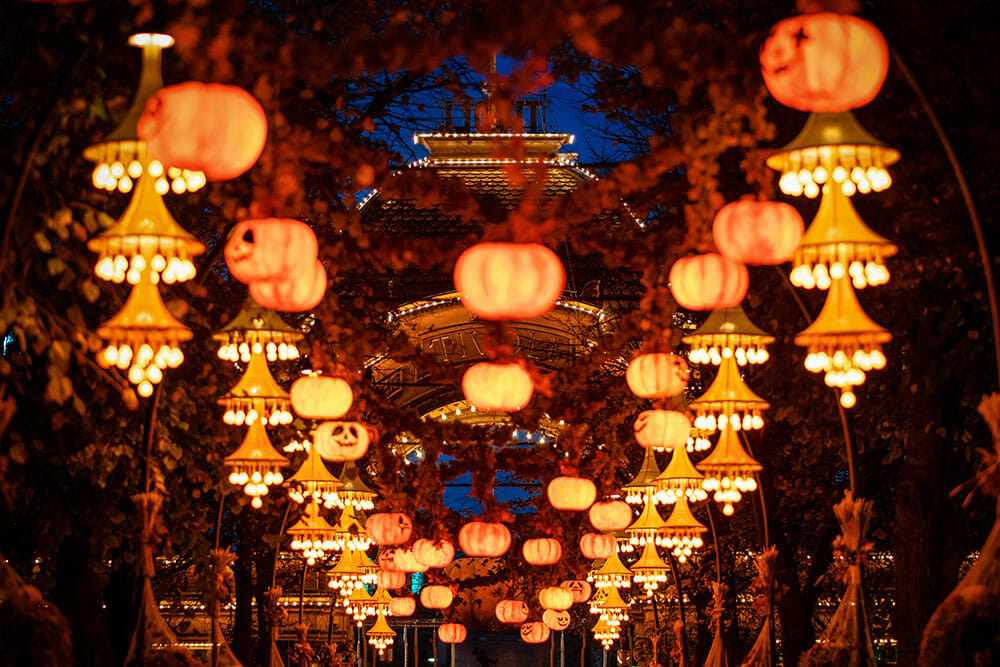 6 Of The Best Places to Celebrate Halloween In Europe

There is a widely spread misconception that Halloween is an American tradition, when in reality it originates from a Celtic pagan festival. Today, traditionally Celtic countries and regions still refer to it by the original Celtic name, Samhain. However, thanks to the influence of American culture the popularity of Halloween across the world, particularly in Europe, has grown to become an annual celebration not be missed. Here are some of the best places to spend Halloween in Europe:

Disclosure: This post may contain affiliate links that earn me a small commission but come at no extra cost to you.

By Teresa from Brogan Abroad

Despite having been voted the number one Halloween destination in the world, not many people know that Halloween in Derry is perhaps one of the biggest celebrations of its kind.

The whole city of Derry, also known as Londonderry, comes alive during the days in the run up to 31st October. The 17th century city walls become a stage for the spooky and the creepy, where you can find haunted windows and displays projected into walls, cobweb covered alleyways and storytelling from beyond.

Walk around the Guildhall and you will come across ghostly drummers putting on a spectacular show of visuals and sound, Jack O’Lantern workshops and an electric atmosphere. The festival culminates with the Return of the Ancients Parade, an incredible carnival of acts, circus and street performers from around the world.

And amongst all this you will see locals and visitors dressed up and getting involved. In Derry, everyone is invited to be part of the celebrations!

By Stephanie from Sofia Adventures

If you’re looking for a spooky Halloween with a campy twist, head to Transylvania! This region of Romania might be the most famous Halloween destination in the world, but there’s a lot more to Halloween in Transylvania than just vampires and Dracula!

The truth is that the real Dracula, Vlad the Impaler, was a ruthless Romanian leader and not a famous Vampire. Bram Stoker, the author of the novel Dracula, created the legend without ever setting foot in Romania.

That hasn’t stopped locals from embracing the tradition! On Halloween you can go to a party at Bran Castle, which is affectionately referred to as Dracula’s Castle because of its resemblance to Stoker’s description in the book. You can also see the room where the real Vlad the Impaler was born in the medieval town of Sighisoara.

If you want to go beyond Halloween tradition, there are tons of fun things to do in Transylvania, including visiting fortresses, castles, and beautiful towns like Brasov and Sibiu.

By Diana from The Elusive Family

Sitting on top of a hill overlooking the city of Darmstadt in Germany, is the famed Berg Frankenstein, thought to be the inspiration for Mary Shelley’s famous novel, Frankenstein.

The story goes that Shelley, along with a few friends, was visiting Germany and Switzerland in the summer of 1816 and spent evenings telling stories of all kinds they had picked up on their travels. Mary Shelley’s fictitious version is likely based off the history of Dr. Dippel, an alchemist born at Burg Frankenstein, who practiced alchemy and anatomy and was suspected to have performed some gruesome experiments as well.

The annual Halloween party at Burg Frankenstein is one of the largest in Halloween in Europe. There is a haunted house open for several hours as well as a dinner buffet during the party with a VIP Lounge ticket. The event runs for nearly 2 weeks. There are children’s events for kids 7 years and up every Sunday during the festival times. Each year sees a different theme, and tickets sell out quickly.

Situated on the North Yorkshire coast, the historic fishing port of Whitby is shrouded in a combination of mystique and some of the finest cod and haddock too!

An inspiration for a part of Bram Stoker’s Dracula legend, the town itself continues to fascinate those intrigued by the occult. On the last weekend of October, the Whitby Goth Fest is a pilgrimage for those that follow this darkly fascinating subculture and indeed those intrigued by it. The largest such gathering of its kind!

The ruins of the abbey itself are, like many of the other dissolved abbeys dotted across Yorkshire, a continued source of intrigue for historians too. Perhaps the contrast of the abbey and the fishing boats below accompanied by the calling seagulls add a sense of something eerie as well.

Also during the last week of October you get to witness the Illuminated Abbey show organized in co-operation with English Heritage, and the abbey lights up in various themed colour shows.

Perhaps the most haunting views come from the fabled 199 Steps. The walk up this winding pathway to St. Mary’s Church complemented by the harbour views below at dusk definitely has that eerie feeling of a town with its fair share of hauntings and ghost stories.

By Jacky from Nomad Epicureans

One of the best places to celebrate Halloween in Europe is without a doubt Copenhagen, Denmark. While Denmark itself doesn’t have a long-standing Halloween tradition, its capital certainly comes alive during the month of October.

Halloween fans should head to the famous Tivoli Gardens, the second-oldest amusement park in the world. While the gardens are generally closed during the colder months, they make an exception for Halloween season. Thousands of pumpkins, tons of hay, and strategically places scarecrows set the background for a fun night out. The staff joins in on the fun, so be prepared for some jump scares along the way!

There are treasure hunts for children, a competition for the biggest pumpkin, and Halloween-inspired candies and chocolates. Additional to the haunted house, which is open year-round, Tivoli also opens special Halloween rides during this season.

For those looking for a quiet evening, get yourselves to Kronborg Castle in Helsingør. Better known as Elsinore, the castle where Shakespeare’s Hamlet pondered whether to be or not to be, it’s the perfect backdrop for spooky ghost tours. Round off your stay with a delicious meal of seasonal vegetables and game.

By Kat from Wandering Bird Adventures

If you are lucky enough to be enjoying a Cornwall road trip at Halloween, there is one place with a truly magical celebration. In a tiny unassuming Cornish village, down cobbled streets and past houses over 200 years old, lies one of the world’s largest Witchcraft and Magic museums.

The museum is near the centre of Boscastle, and if you wouldn’t know it was there if you’d walk right past eating your ice cream. Yet over 3,000 items of witchcraft can be found under the decidedly crooked roof.

And this museum really comes alive in Halloween.

Halloween isn’t ‘big’ in the UK – although it is a growing trend. We certainly don’t celebrate it in the same way as the USA. Yet Boscastle has been hosting parties on Halloween (or All Hallows’ Eve) for years.

They provide family-friendly activities – pumpkin carving, face painting and the opportunity to make your own Mari Lwyd, an ancient Welsh tradition involving a horse’s head, a pole, and a sheet. People will then carry their Mari Lwyds from door to door, wassailing, an ancient form of carol singing, where people try to gain entry to a house by singing, and the occupants try to repel them… also by singing!

Later in the evening, the Witchcraft Museum opens its door and is lit only by candlelight, which is the best way to see some of the spooky and bizarre items inside! Many people say there is a certain ‘atmosphere’ present in the Museum on All Hallows’ Eve, which isn’t there any other time of the year!

Would you recommend other places to celebrate Halloween in Europe?
Let me know in the comments!

10 Best Spring Destinations in Europe for 2020

Confessions Of A First Time Cruiser – Is Cruising For Me?